Pyarelal Shakir was the maternal grandfather Meena Kumari, the famous "tragedy queen" of bollywood world,  and has been acknowledged as the first Urdu journalist of the Indian subcontinent. Mr. Shanommagon (India) writing about Meena Kumari states in  Behind the Curtains - Bollywood that  Pyarelal Shakir married Sundri Devi, Meena Kumairi's maternal grandmother, after the death of her first husband. However, for our purposes, here, his following observations are more noteworthy: "Pyarelal is knows (sic) as the first Urdu journalist of the Indian sub-continent, and it is interesting to note that the first Urdu journalist was a Christian (emphasis supplied). In Urdu literature, he is known as Pyarelal Merathi, as he hailed form Merath (Meerut). He as (sic) known as a revolutionary journalist and the periodical he published was described as rebellious".*

Pyarelal Shakir, was the son of a local evangelist of Asrapur Attari. Despite Shakir's towering figure as a linguist, writer, scholar of Urdu and Farsi (Persian), translator and  poet, not much could be gleaned about his life story.  Bishop  W. G Young records: "It is said that his poetry was of the calibre of that of Iqbal".* Among the few facts known of his many literary services are his editorial activities. He edited several Urdu magazines, Toufa-e Sarhad ( تحفہ   سرحد )(Banu), Sada-e Bashir (صداۓ بشیر ) (Gujrat), Adeeb (ادیب ) and Ala'sar ( العصر )(Allahabad).  He published a long poem about the life and miracles of Lord Jesus entitled Shahzada (شہزادہ), .  From the information available it seems very likely that he spent the last years of his life in Faiz Bazar of Delhi, India, and died in dire difficult financial circumstances.  The Government of India had agreed to pay him some pension if recognition of his literary services. His song, Aj Roshan is jehan mein ik sitara ho gaya  (آج روشن اس جہاں میں اک ستارہ  ہو گیا  ), is included in the Sialkot Convention Geet Ki Kitab (سیالکوٹ کنونشن گیت کتاب )***

***This book is still in publication and is widely used by Urdu speaking  Christians world-wide. 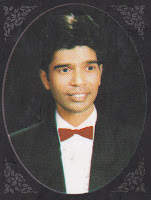 Naeem Saleem ( نعیم سلیم ) is a singer and a poet, but I've never been able to make up my mind as to which of the two is his real talent or calling.  When I first listened to his singing I thought of advising him not to waste his creative energies on writing poetry; and then I read his poetry and since then have never found the courage to advise him about anything. This dilemma was not mine alone, for Dr. David Paul  who honoured with the title Ambassador of Peace, notes: "There is (sic) many positive aspects of his life and sometimes  (these) make it difficult to work out a real introduction as to who he actually is."

He has recorded various audio cassettes and CDs. I had the privilege of being present at the opening ceremony of one entitled: Shukriya ( شکریہ ). His album Love Pakistan was released in 1996 which won praise and appreciation even from the President of Pakistan. To  date he has released sixteen music albums, and is considered a trend-setter in the music industry of Pakistan.  He has a passionate commitment to Christianity and has been teaching "Biblical Survey of Music for the past seven years.

His published works include:

Kazi Javed, Director of Academy of Letters Pakistan, states "I understand that the South Asian Christian cultural  heritage has gone a long way in the making of his humanist outlook.  Naeem Saleem has given us verses that carry new ideas and insights into the nature of like, love and human relationships. His poetry is passionate and is composed in easy-to understand language and charming style."

This is an eloquent testimony that Urdu, as a language is not only surviving but indeed thriving among Indian Christians.

Ayeena-e Heyat, a collection of spiritual poems, songs, ghazals and nazems about various aspects of Christian faith such a Christmas, Easter, promotes human values and praises God and our Lord Jesus Christ.  This work was recognized and awarded by the Urdu academy West Bengal Calcutta (1989).

He has also authored Sri Guru Granth Sahib Doscovered which is in English.

A native of the cultural centre of Pakistan, Lahore, Javaid Sadique Bhatti has the natural gift of arranging and rearranging words to bring beauty and rhythm to both his prose and poetry. This coupled with his academic awards, master degrees in Punjabi and Urdu gives the power to his pen. He is a published poet and author of well acclaimed books. His Urdu books include, Roo Baroo(1994), Pani Par Tasweer(Urdu Ghazzlain)(1996), Yass (Urdu Nazmain)(200), and Sookha Phool (Urdu Nazmain our Ghazzlain) (2007). His Punjabi publications include, GawachayHeeray (2004), Dhake Chalian (2005)and Uudeek  (2006). In addition to these his thought-provoking articles have appeared in Aftab daily, Seyasat daily, and Ahl-e-Qalam, and Romaan monthlies. He accepts Dr. Kanwal Feroze, Pof. Ajaml Neyazi, and Prof. Jaffar Balooch as his mentors 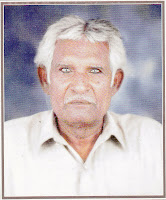 Talib Nasrani* (طالب نصرانی), the poet of Phokay faa'ir (پھوکے فا یِٔر) was a gifted Punjabi poet and undoubtedly a very  deep thinker. His book was published by his son and jan nasheen** Saifi Nasrani (سیفی نصرانی) in 2008, who has also honoured the memory of his father and mentor by establishing the Talib Nasrani Natural Arts Foundation Pakistan. The head office of this cultural organization is located in Lahore.

Having read the book, now nearly a dozen times in quick secession, I am impressed with his very human approach to man's dilemma of pain and suffering and his reasoning and argumentation both first from man's perspective to God and then from God's perspective to man.  This problem of man's yearning to engage with his Creator God is one of the oldest themes in the written philosophical and theological records. In the Holy Bible this theme is eloquently expounded upon in the book of Job, and in the courageous dialogues  recorded between the Old Testament prophets like Isaiah and Jeremiah and Jehovah.  The theme is found  in the Greek writings and more recently in the western literature by poets like Milton and Dante.

In Urdu literature Allama Mohammad Iqbal first earned himself the scorn and anger of the orthodox Islamic establishment in India by writing his famous Shikwa, only to redeem his reputation and claim his place among the top Urdu poets by following it with Jawab-e shikwa.  Phokay faa'ir (پھوکے فا یِٔر ) is man's quest for answers  from a local Christian's perspective, and God's response to him. In my humble opinion the book deserves a place among the great contemporary Punjabi literature. In short this volume is a joy to read and offers lots of intellectual stimulation.

* The biographical information about Talib Nasrani will be added to this entry hopefully in the near future.

** Jan nasheen translated into English would roughly equate to "the successor".